WHO MAKES YOU AN OFFICIAL SIFU?
If you aspire to be a martial arts instructor, do you know who actually holds the ultimate authority to make you an official Sifu (or whatever equivalent title is used in non-Chinese styles)? Admittedly, there are lots of people who can award you a certificate and you’ll be pleased to know…Read More →

KNIFE DEFENSE – THRUST
The best self defense is to preemptively keep out of harm’s way. If, however, you are attacked, you must be prepared to defend. There are differences in strategy when defending unarmed and armed attacks. An advantage defending an armed attacker is that the armed attacker (unless well trained) puts all of his eggs in one basket. He or she focuses only on cutting or stabbing the intended victim. When defense is executed properly the defender will quickly gain MANAGEMENT of the weapon creating a window of opportunity for defense. It will take the attacker a moment to process…Read More →

DEFENSIVE TACTICS FOR A CLUB ATTACK
The Most Common club attacks are overhead/vertical swing and horizontal swing. All angles between are treated as either one or the other. This is the beauty of Wing Chun… SIMPLICITY. The part of the club held in the attackers hand forms a small circle. The other end, a larger circle. Both circles begin and end moving at the same time. The far end of the club is traveling faster, so exerts a greater impact. The greatest danger would be to find yourself in the clubs path at the perimeter of the circle. That leaves 2 places of safety…Read More →

TRAINING EXERCISES V. PRACTICE APPLICATION
NEVER CONFUSE A TRAINING EXERCISE WITH PRACTICE APPLICATION (See Videos That Accompany This Article) Training EXERCISES are designed to develop a skill and to make that skill automatic, Often students look at an exercise as if it were the skill itself. Example: Chi Sao, the exercise, develops the skill of interpreting movement through touch. It develops the skill of sensing the simplest and easiest way of using an opponent’s energy and movement to advantage thereby providing the skilled practitioner a means of redirecting an opponent’s movement and recognizing openings for attack without needing to see them. It is important to never confuse an exercise with the skill the exercise is designed to develop. Never attempt to fight using an exercise. Actual application requires the skill…Read More →

WHICH IS THE BEST MARTIAL ART ?
Is WING CHUN THE BEST ART? The answer is YES and NO. Are you confused? I can truthfully say that Wing Chun is best for me. Everyone is different, physically, mentally and emotionally and therefore have different needs. The best way to benefit from martial arts is to find a system (style) and an instructor that fits your unique and individual needs. All martial arts are basically good if taught by a caring and competent instructor. If one single art were “the best”, all others would have died out. I am not implying that all martial arts schools…Read More →

Hidden Secrets of Wing Chun
Even the most sincere student may be refused the knowledge that he or she so desperately seeks. Many instructors frequently do not teach students all aspects and details of a system. There are two primary reasons for this…Read More →

The Spirit of Combat
In any undertaking, you can move only forward or backward. Stagnation is death, therefore, staying still is not an option for those who value excellence. This holds true in the martial arts…Read More →

SHORT AND SWEET AND SIMPLE TO SURVIVE
Is there really a difference between Martial Arts for actual street defense and Tournament Martial Arts? You Bet there is! In tournament there are rules and protocol designed to promote fair competition and mutual respect between competitors. On the street there are no rules…Read More →

THE WOODEN TRUNK MAN OF WING CHUN
The Muk Jong or “Wooden Trunk Man” of Wing Chun is an amazing device that can help you to vastly improve your martial arts skills. Although many people think of the Muk Jong as a tool for developing greater proficiency with your hands, it actually has equal or greater value in developing terrific footwork and superb positioning…Read More →

“KUNG FU FOR THE MIND”
Our true power comes from deep within our mind and spirit. Our bodies are simply tools with which we carry out our intent and display our perseverance, courage, and tenacity. Training your mind to remain calm, act with intent and cope with stress, is equal to if not more important…Read More →

MA Systems: Technique Driven vs. Concept Driven
Individual “techniques” by design and definition have inherent limitations. According to Webster’s Dictionary, technique is “The manner in which technical details are treated as… (e.g.) physical movements that are used by a dancer” or “the ability to treat such details or use such movements”. They are further defined as, “a method to accomplish a desired aim”. Technique is essentially a movement confined to accomplishing a specific purpose. In technique driven martial arts, this is usually… Block “A” is used to counter Kick “B”. This is evident in the pre-arranged sets used in many commercial martial arts schools. The problem and limitation of this format… the mugger may have missed class the day of that lesson. He won’t know the routine and will not respond in the way the student has practiced.

Concepts are defined as, “Something conceived in the mind” or ” an abstract idea generalized from particular instances”. Concepts address principles of movement and occupation of space and therefore provide greater latitude in adapting to various situations. This format is ideal for both fighting and for establishing guidelines for life. In conceptually based training (e.g. Wing Chun) we would say… This is how a circular attack (hook, round-kick etc.) will behave when entering the upper left zone (left side, head and shoulder area). In solving that problem, one of the principles that will govern your response is “Occupation of Territory”. In pure physical terms, since no two objects can occupy the same space at the same time, you must use the most economical Wing Chun position to fill up thereby closing off that window of opportunity. In conceptual training, the window through which the attack will enter becomes the primary issue. Not the particular attack (hook, round kick, spinning backhand, etc.). The particular attack lacks importance, therefore, a specific counter for that particular movement is not required. In this example, the important concept to understand is “Occupation of Territory”.

EVERY ENCOUNTER IS UNIQUE
No two situations are ever identical. No two attackers will deliver a punch or a kick, or even approach you in the same manner. This means…Read More →

FEAR… YOUR WORST ENEMY
Fear is defined in Webster’s dictionary as, “an unpleasant, sometimes strong emotion caused by an anticipation or awareness of danger” or ” anxious concern”. That may be true but from my experience in my therapy practice I would modify that slightly. I think it more accurate to say that fear is an unpleasant, sometimes strong emotion caused…Read More →

THE FIGHT IN THE DOG
Most of the time, when we hear or read about training for combat, the articles and conversations revolve around physical techniques and applications. In actuality, the physical applications are less important than mental attitude, perception, composure, and commitment that a person has…Read More →

THE AMAZING MUK JONG OF WING CHUN
The Wing Chun training Muk Jong has become well known. You see it in movies about Bruce Lee, in movies done by Jackie Chan and in many others. Even those outside of the Wing Chun system know about the Muk Jong. Many people from styles other than Wing Chun…Read More →

ARE YOU A COWARD ??????
In the course of our development (as martial artists), we will pass through many stages of growth. People in general do the same. We (martial artists) all go through many changes as we develop from novice to instructor levels…Read More →

Three Levels of Consciousness
I’ve been involved in martial arts for most of my life. I teach my Kung Fu students that there are three levels of human consciousness and behavior. These levels are 1. spontaneous, 2. calculated and 3. imposed. They each have unique characteristics…Read More →

IS CHI SAO THE ULTIMATE SENSITIVITY TRAINING EXERCISE
Chi Sao is designed to train contact sensitivity and reflex. It is designed to give you the ability to get in tune with your opponent thereby gaining the ability to determine what he or she intends to do at the instant that he or she knows. This skill takes a great deal of sensitivity…Read More → 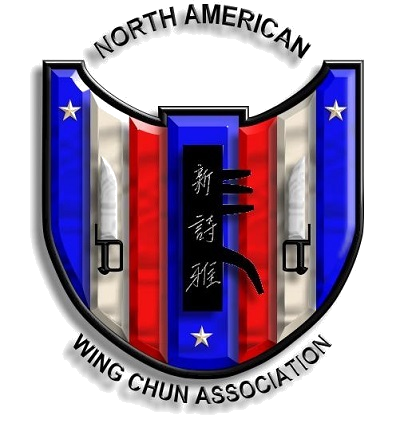