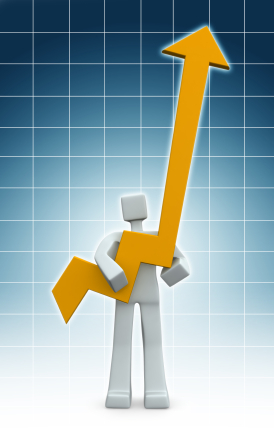 Most people create their own barriers to success. People are often unable to achieve levels of performance that accurately represent his or her true potential due to self imposed stumbling blocks. People, however, rarely see this as the reason. Instead they focus on external reasons for their lack of success. They place the blame on poor equipment, bad coaches or trainers, the weather, their shoes, or the direction of the wind. The fact is that most of the time the main reason(s) a person does not perform up to peak ability comes from within him or herself. More importantly, this is why he or she may fail to get the full enjoyment from an activity. Something that started out to be exciting and fun may ultimately become frustrating and annoying.

In my experience with helping people to increase performance I find the single most powerful reason that people fall short of their goal(s) is “distraction”. In order to perform at maximum ability it is imperative that a person be “In The Moment”. When you are in the moment, all of your resources (physical, emotional, mental) are fully available to you. The most frequent cause of failure or unhappiness with one’s performance occurs when a person’s focus is fragmented. This occurs most often because the person is dwelling in past or future events (For our purposes, past events represent anything that happened even a microsecond before, future events are anything that has not yet happened).The vast majority of people that I see at our office for performance enhancement have one thing in common… When they are involved in an activity, they are either dwelling on what just happened (I should have done that differently. Why did I do that? Boy was that stupid, or aren’t I great, etc.), or they are anticipating what might happen (I hope I can do this, what if this happens, will this please my partner, coach, team, etc). Either of the two will take the person away from the most important time… the current moment. Not only has that person lost focus but he or she has also missed the beauty and the enjoyment of the moment. There is an old saying:

“When you’re up to your butt in alligators, it’s hard to remember that your prime objective was to drain the swamp”.

In my therapy practice I have seen firsthand that this is true in sports, business, sex, art, music, and virtually everything that involves performance. There is nothing more imperative to top performance than “being in the moment”. Other distractions can include, peer pressure, catering to a crowd of spectators (or worrying what they may think), comparing one’s self to others and probably the biggest of these distractions, worrying about winning or losing.

I believe it was Benjamin Franklin that said, “If you watch the pennies, the dollars will take care of themselves”. The same principle holds true with being in the moment. If you are totally in the moment, making the best of each and every moment, the minutes, hours, days and weeks, will take care of themselves. The most important ingredient to success is to maximize each and every moment. With total focus and ability concentrated within each moment, free from distraction of past or future events, a person will maximize his or her performance.

For most people, the reason we get involved in an activity is because we like it… It’s Fun! Too often, once involved in an activity, people lose sight of this. Winning or losing, or looking good to others takes precedent over simply enjoying the activity. Why would a person play golf if the game gets them so mad that they wrap their gulf club around the nearest tree? That individual has lost total sight of why he or she took up the game in the first place.

The fact is that we usually function better when we are happy about what we are doing. After all, your heart will not be in something if it makes you angry and miserable. Performance is enhanced when a person enjoys an activity. If a person participates in an activity simply for the pleasure of doing so, he or she will gain greater benefit from that activity. It is not important what others think of your performance, who wins or who loses, or how you compare to others. Performance is maximized when a person simply takes pride in and enjoys what he or she is doing. My personal barometer of performance has nothing to do with anyone else on the planet. I simply do my best for the sole purpose of meeting my full potential.

There are two fears that will impair performance. They are the fear of failure and the fear of success. Either can be equally detrimental to performance. What the mind expects to happen usually does happen. Part of my job is being a mental coach and inspirational guide that can help the person re-define his or her perception of an activity. I become a facilitator of positive thought and affirmation. This is why many professional and Olympic athletes work with hypnotherapists and/or sports psychologists.

A preconceived fear or notion of failure will often lead to failure. As well, the mindset of, “I probably won’t succeed” allows the person to give up before starting. It gives the lazy part of us license to take the easy way out. If the person accepts that they will fail then it lets him or her off the hook for trying.

Positive thought, on the other hand, usually brings positive results. What we believe will happen is more likely to happen. When a person visualizes success they are more likely to achieve success.
Fear of success can also inhibit performance. This can be especially true in a team or league setting. The chances of this becoming a factor are increased if the person is uncomfortable in the public eye, or uncomfortable being the center of attention. The perceived responsibility of “living up to” a particular level of performance in the future may cause that person to unconsciously sabotage their own performance. Again, the most important thing is perception.

Often we don’t think about the power of words. In actuality, words are one of the most powerful things in the world. Our entire perception and understanding of our world has been presented in the context of either the written, spoken, or signed word. We know how powerful words are when an adult speaks to a child. We are the giants. Our words are incredibly imposing to children. That is why children who are raised with words of encouragement are more often successful than children who are belittled and criticized. We know the power of words when one adult speaks to another. When someone says something complementary to you, you may feel “tickled” right down to your bones. If someone insults or belittles you it can feel like a knot in your stomach. It can hurt emotionally and sometimes even manifest itself as physical discomfort. This being so, why then do we not recognize the importance of self-talk?

Positive thoughts bring positive results. Positive self-talk or affirmations help to form our self-image. Phrases like, “I can’t”, or “I’ll never be as good as, (name) “ predispose a person to failure. Conversely, positive self-talk can reframe us to achieve! The brain is like a computer. Whatever you program in, is what will come out. Doesn’t it make more sense to program for success? Whatever your previous programming, you have the complete ability to reprogram for success. Positive self-talk is one important component in accomplishing that new programming.

Anyone who desires to maximize his or her performance can. First, he or she must be willing to let go of the past (even that of a few seconds ago). There is nothing that anyone can do to change what has already occurred. Dwelling on past events accomplishes nothing. Next, one must not anticipate the future. The future is unborn. Anticipation only serves to draw you away from the moment at hand. Be “In The Moment”. Enjoy what you are doing. Life is too precious to waste time in negative thought or in doing things that promote frustration. Speak to yourself in positive terms. By eliminating the negative and focusing on the positive anyone can meet their full potential. Anyone can maximize his or her performance with the power of his or her mind.