You are here: Home / The North American Wing Chun Association 1 / Martial Arts Articles / In A Heartbeat 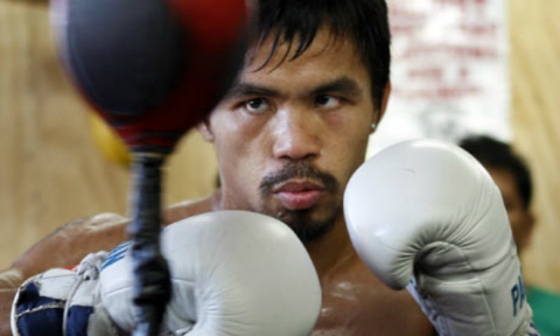 There is a vast difference between a real fight and sparring. There is also a significant difference between non life threatening, “Beer Muscle Fights”, and a real fight for life and or limb (e.g. when high school chums get in an argument and try to punch each other in the mouth). When I refer to a fight, I’m talking about those situations where the attacker is attempting to inflict serious injury or to kill his opponent. Here are some of the more obvious differences between sparring and a fighting.

1.
Sparring: A participant is usually fighting one opponent.

Fighting: More often than not if attacked on the street it will be by multiple assailants.

2.
Sparring: The participants are usually matched as to size and experience.

Fighting: If someone attacks you it is because they feel they e and can beat you. Usually the advantage is size… An attacker will in most cases be bigger and or stronger than the person that he attacks.

3.
Sparring: Opponents fight in a ring, on mats, or at least on level floor and will have adequate lighting.

4.
Sparring (The Most Significant Difference): Your opponent will compete against you, and will try to beat you, but he or she will usually not try to maim or kill you.

Fighting: Your attacker is committed to doing serious harm to you or may try to kill you.

In view of the differences it is obvious that training for the street requires differences in both technique and in mental attitude from that of sparring for sport. In fact, a person who is a great point tournament fighter may be totally unprepared for dealing with a real street attack. Likewise, a person who is able to break a stack of boards with his hands, feet, or head (Why??) may have no significant ability to deliver a telling blow to a mobile opponent. Breaking inanimate objects requires no ability to create angles of attack and requires no defensive tactics skills. It is quite possible too that neither of the afore mentioned will have the ability to handle the intense levels of stress present in a vicious, real life-or-death, attack.

Although it is important to know what to do if you are taken to the ground (you need some grappling skills), wrestling with an attacker is not a good plan for the street. First of all, most street fights involve multiple attackers. While you are on the ground wrestling around, your attacker’s buddies may blow your brains out, or bash your head in with a baseball bat. Also remember, even though grappling on the mats can be fun, wrestling on pavement that may have sharp edges, broken glass, and other debris can cause you injury even if you ultimately “win” the fight. If this occurs, no matter how the other guy looks after the fight… you both lost. You may have just lost a little less than your opponent.

The key to successful street defense is to make your actions simple and expeditious. It is important that you “take out” your attacker(s) as quickly as possible. To do this it is best to stay on your feet thereby remaining mobile. This is especially true where multiple attackers are involved. Also keep in mind that less is more. I admit, it looks impressive in the movies when Jackie Chan fights the bad guys for a half an hour, jumping through the air, over cars, dodging bullets, executing precision spinning kicks, and leaping from rooftops. It’s great theatre and Jacky Chan is a great artist. The reality is… That stuff only works in the movies! In real life there are no re-takes and no second chances. The guns have real bullets and the knives are intended to cut you open. There is no time for fancy maneuvers in a real fight. Practical techniques for the street are rarely flashy. The techniques that really work are simple and can be executed in a heartbeat.

There are no better street techniques than those that are economical in movement and that neutralize your attacker in the shortest period of time. Great street techniques are those that require minimal force because, as I said, your opponent(s) will probably be bigger or stronger or have the advantage of strength in numbers. Trying to overpower a stronger opponent(s) is a stupid and possibly a deadly mistake. Your advantage must be in stealth, calmness, and the quality of the technique. Ideally, your technique must immobilize any attacker instantly and completely. It must take away the attacker’s ability to re-attack. Any instructor who teaches complicated fighting, or defensive tactics techniques, and claims that they will work on the street, has probably never been in a real fight. If you want to acquire great fighting skills for real situations, look for an instructor teaching quick and simple approaches to fighting. As well, teaching street-wise techniques in a realistic format prepares students to handle the emotional stress of a real attack. Street effective tactics can have risk and should only be practiced under the guidance of a qualified instructor, and with the right protective equipment.