You are here: Home / About Us / Sean Kavanaugh 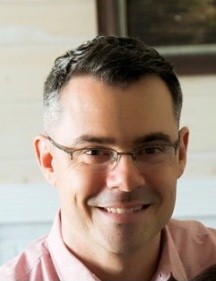 Sifu Kavanaugh began his Wing Chun training under Grandmaster Philip Holder in 1999 during the time that he was attending college at Kutztown University. Sean graduated college in 2002 with a degree in Psychology, Sean has worked in the field of recruiting and Human Resources since 2003.  What started as a hobby or passing interest became a lifelong quest for mastery in this practical yet robust art.

As a Senior Student in the North American Wing Chun Association’s Ying Gi Ga Wing Chun lineage, Sean has assisted Grandmaster Holder in teaching Wing Chun to students of every age and skill level.  He is patient and highly technical, two attributes which serve him well as a student and a teacher of Wing Chun.  In 2007, Grandmaster Holder bestowed Sean his Sifu status (teacher’s credentials) with distinction.  Sean trains with Grandmaster Holder and fellow senior students  monthly and is currently accepting students of his own. Outside of Wing Chun, Sean enjoys boxing, long distance running, and is a certified scuba diver.